The changing face of philanthropy

The Mostyn family believe philanthropy should be a family affair. In 2011, brothers Richard and Andrew Mostyn helped their father, Bob Mostyn, establish a private ancillary fund (PAF). Richard first came up with the idea and passed it by Andrew and after a meeting with Chris Cuffe, Chairman of Australian Philanthropic Services and himself a PAF founder the family decided is was definitely the way to go. The brothers were enthusiastic from the beginning. “It makes so much sense, and you just get so much more out of it than you think you would.” 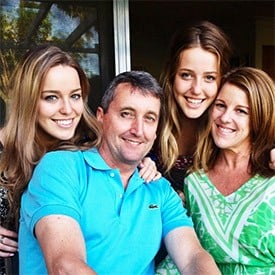 "The benefits are mind blowing. If you fast forward ten years, you could really enjoy some serious giving."

Philanthropy runs in the Mostyn family, with grandfather Robert L. Mostyn helping to establish The Medical Foundation at Sydney University during his lifetime. Richard and Andrew’s father Bob was on the board of that foundation, and is also passionate about his philanthropic work, yet Andrew knew little of this until he and Richard were adults. “In past generations philanthropy was a much more private activity.”

It’s a different story with their own children. Both families are keen to share their values with their children, and provide them with an opportunity to experience and understand philanthropy. “We don’t want to just write cheques. We all like to think we’ll have some involvement with the charities we give to.”

These days when the brothers get together, it’s not only to discuss the family business. Four times a year Richard and Andrew, with their wives and four children, come together for the PAF’s board meeting, where decisions are made about their foundation. They also rely heavily on their “Responsible Person” – Stephanie O’Connor for her guidance and wisdom, so much so that Stephanie is also encouraged to suggest charities to give to that close to her heart as well.

Not only has philanthropy given the family a new perspective, it has changed the type of conversation that happens around the Mostyn dinner table. Richard’s wife and two teenage daughters, and Andrew’s wife and two sons, all like to be hands on when it comes to their PAF.

The four young cousins are encouraged to research charities, and choose where they would like to make a grant. Richard recalls, “the girls decided to get involved with an organisation near their school that helps homeless people in inner Sydney. Andrew’s boys went to speak with the Garvan Institute, to find a medical research project they particularly wanted to support. It’s been great for developing their sense of giving, and the responsibility that goes with that.”

Richard also likes to think about the long-term impact of their charitable investment and the support it provides to their chosen causes “The benefits are mind blowing. If you fast forward ten years, you could really enjoy some serious giving.”