The Metamorphic Foundation was established in 2018 to honour the memory of Dr Victor Wall. The foundation’s name – Metamorphic – reflects both Victor’s profession as a geologist, as well as the family’s aspiration to stimulate positive social change through philanthropy.

Over the past two years, APS has supported Metamorphic with the establishment and administration of the PAF, facilitated a Giving Compass session with the adults of the family, as well as conducted a Making a Difference (MAD) workshop with members of the younger generation.

Victor’s wife, Pat Wall, founder of Metamorphic, and Executive Officer Sarah Wall, one of Victor and Pat’s five children, talked recently with Fiona Higgins about the family’s reflections and key learnings so far.

‘Victor came from a large family who weren’t very well off, so he learned to discern things about others,’ Pat observes. ‘He spent a lot of time overseas, including many developing countries, with his work and returned having observed that the further people are from water, the less healthy they are. He was well-read, exceptionally well-educated, enjoyed the arts; he was a real allrounder – and that’s reflected in the broad interests of The Metamorphic Foundation, too.’

Sarah elaborates: ‘I remember one time Dad was returning from work prior to Christmas. He got some money of the ATM and was stopped by some people living rough on the street. They asked him for money and he decided to buy them pizza instead. When he got home, he noticed his wallet was missing – they’d taken his wallet, as well as the pizza! Dad just said, ‘Oh well, I suppose they needed it.’ Apart from being a real humanitarian, Dad was curious about how things work and why they don’t work, which is something we’ve carried through to our approach with philanthropy.’ 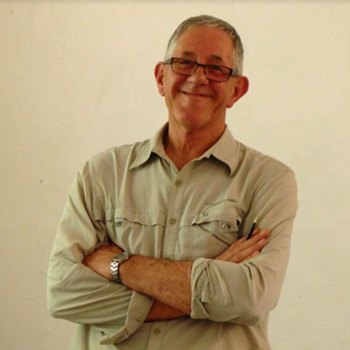 "He was well-read, exceptionally well-educated, enjoyed the arts; he was a real allrounder – and that’s reflected in the broad interests of The Metamorphic Foundation, too."

‘Dad was an agent of change,’ continues Sarah. ‘Part of rationale for establishing the Metamorphic Foundation was to support causes that Dad had been supporting during his lifetime – like Médecins sans Frontières and The Smith Family, among many others – but also to enable us to find new organisations that can change things for the better in innovative ways.

Determining which lever of change to push has been interesting for us – initially one area we thought we’d like to support was encouraging young people into science, which was Dad’s passion. But then when we looked at literacy levels among vulnerable populations, including Indigenous communities, we asked ourselves ‘How can we encourage young people into science if they can’t read?’ That lead to our early investment in the Indigenous Literacy Foundation.’

‘When Victor died, we were very keen to get started immediately with the foundation. We perhaps didn’t spend enough time setting up the proper processes for decision-making,’ observes Pat. ‘A number of family members, including myself, have a background in NGOs, and the whole family has a social conscience, so we thought it was going to more straightforward. However, in considering the great needs across the broad areas that we had identified that we wanted to support, it quickly became clear that the decisions weren’t going to be as easy as we anticipated.

To organize a multi-generational foundation so that everyone has a say, everyone can contribute, and it runs democratically – well, that’s quite complicated. It takes talent and skill to develop that. On reflection, we didn’t spend enough time thinking through that side of things at the beginning – probably because we were so excited to get started supporting the deserving organisations in such great need!’

4. Segment your giving programs to engage everyone

‘Since our first flurry of donations after establishment, we’ve set up three separate giving programs,’ Sarah outlines. ‘There’s our annual giving program, which funds organisations that Victor supported during his lifetime; our larger grants programs which reflects a broad interest in indigenous issues, the arts, supporting young people and vulnerable community members out of poverty, the environment, and then there’s what we call the grandchildren’s giving program (GGP). This program gives the grandchildren a portion of allocated money each year, to do some research into a cause they care about, then put their submission to the Foundation’s directors to consider.’

‘The grandchildren are aged 8 to 16 now. Overall, it’s been great to engage the younger members of the family,’ Pat agrees. ‘But some of the issues we’ve encountered is the difficulty with the age range – for example, certain types of organisations will attract younger children, while older children might not find those organisations so appealing. It’s important that foundation activities accommodate all ages, or at least not favour one particular age group – we have to create opportunities for everyone to engage.’

5. Provide specific support for the next generation’s giving

‘It’s been fascinating to see what projects and organisations the younger generation have become involved with,’ Pat enthuses. ‘They all know about domestic violence, protection of animals, bullying, First Nations people, and mental health. It delights me to realise that the grandchildren are so socially-conscious.

One of the first projects supported by the grandchildren, which was quite endearing, was for something called Story Dogs. It’s actually a childhood literacy program, but for the grandchild concerned, it seemed to be a lot about the dogs which is of course entirely appropriate when you’re six years old! Our family absolutely love dogs, and Victor did too, so we were all very happy to support it.’

‘Before we established the Executive Officer role, we didn’t really have a flowing process for the work of the foundation,’ Pat explains. ‘I suspect that because I was the founder and Victor’s wife, so people deferred to me – but I wasn’t necessarily ready for that. I didn’t have all the answers and family politics can be a tricky thing! It became clear that we needed to dedicate more time and resources to managing the giving programs well.

About a year in, we engaged APS to do a MAD (Making a Difference) workshop with the whole family and that was critical to the development of the philosophy of the Metamorphic Foundation. However, afterwards we had to take steps to follow up – to actually implement the gains. That’s what been done through the Executive Officer role – a workflow has been created that we didn’t previously have. While Sarah is supporting the foundation now, it belongs to everyone – it’s our family foundation.’ 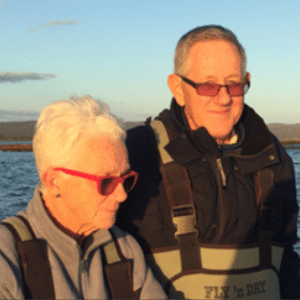 "Dad was an agent of change. Part of rationale for establishing the Metamorphic Foundation was to support causes that Dad had been supporting during his lifetime, but also to enable us to find new organisations that can change things for the better in innovative ways."

7. Be humble and respectful of charities’ time

‘Some of us have a background in the charitable sector, including myself,’ Sarah reflects. ‘But now that I’m on the ‘grantmaking’ side, I think it’s very important for us not to become a ‘high-touch’ donor that expects a lot of hand-holding for the grants we make. We don’t want the giving to be about promoting ourselves, or wanting to attend fancy events. All of that sits poorly with us – it’s not what we’re about.’

‘That said, an amazing learning for me these past two years is just how many organisations there are out there, trying to make a difference, and how far a small amount can go for certain organisations,’ Pat continues. ‘When we started out with The Metamorphic Foundation, I thought a ‘large’ donation was a million dollars. I’ve changed totally on that – there are so many great grassroots organisation for which a $10,000 donation can mean a lot, and where that level of funding can actually have a huge impact on their work.’

‘Something I was concerned about at the beginning of Metamorphic’s journey was the idea of not directing money to a pool of rising administration costs,’ explains Pat. ‘I’ve learned a lot about that since then. Now I see that operational costs are fundamental to an organisation’s needs. That’s been a shift for me.’

‘It’s also important for us to adapt to changing circumstances externally,’ observes Sarah. ‘That drove us to provide some bushfire support early this year, then we’ve responded to the reality of COVID-19 more recently. We don’t want to be set in stone with our giving, we want to adapt to what’s going on in the world and to maintain our agile approach to our giving programs.’

‘We started with a sunset clause. We thought that The Metamorphic Foundation would aim to run down its corpus in ten years, by 2029,’ says Sarah. ‘But now that we’re starting to learn more in our philanthropy, we’re considering extending our philanthropic horizon further.’

Pat laughs. ‘Yes, I think perhaps initially Victor might have been a little bit surprised by the speed at which I got rid of his money! We wanted to create a legacy that we could all see – that we could point to and say, ‘Dad’s hard work produced this.’ But now that we’ve settled into our groove, we might revisit that 10-year sunset clause. That’s something for a future family conversation.’

10. Go beyond the minimum investment

‘We’re continually learning and evolving, and it’s immensely rewarding to learn the detail of what organisations are doing,’ says Sarah. ‘We find it shameful that many aren’t being supported by government. We’ve been speaking to the Asylum Seekers Resource Centre lately – it’s been eye-opening to learn just how busy they are in the pandemic and primarily because international students aren’t being supported by the government at all.

Organisations like this are crying out for support and it’s a real honour to be able to help where we can. Moving into our third financial year, obviously our corpus has taken a hit but we are really committed to maximising how much we are giving. The world is taking a huge hit right now, so we’re committed to giving way above the minimum. We did that last year and we’ll do it again this year.’