When Bruce Gray opens his computer each morning, the first thing he sees is a photo taken almost 50 years ago, which he has made his screensaver. The image shows a fresh-faced young doctor, Bruce, standing between two young Indigenous children. It was taken in 1968, in a remote community in Western Australia, where he worked as a young doctor, striving to make a difference. “Those two malnourished little boys in the photo, it’s a reminder for me, that there’s still a huge amount of need out there. I’ve never forgotten – it’s what I feel every day.”

If there were a theme to Bruce’s life, it would be social responsibility. His childhood years were spent in Perth, Western Australia, where his mother worked for many years with Save The Children, and on weekends the family would look after young Indigenous children who were living in a nearby orphanage.

Bruce then chose a career in medicine, as a way of helping others, and the Hippocratic Oath he took then still remains the bedrock of his values. In his early years as a doctor Bruce chose to work in Indigenous communities, servicing Aboriginal missions, and working with The Royal Flying Doctors Service. The experience gave him an understanding of the challenges facing Indigenous Australians. “In that environment there was, and still is, abject poverty and need in the Aboriginal population.”

A further career in medical research, and a major medical innovation, led to financial success that enabled Bruce to establish his private ancillary fund (PAF). “I was able to develop a new method for treating some forms of cancer, which is now used globally. This has generated wealth for my family, so now I am giving back.”

The Gray Family established their Foundation in 2012, and in fact their PAF was the very first one established by APS. 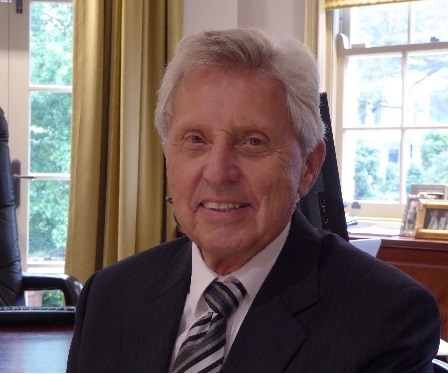 "I have children who have a far easier life than most, and I want them to understand that having wealth comes with social obligations."

Over the first five years of grantmaking, Bruce has found that he prefers to fund early stage organisations, with strong leadership, a sound business model, and measurable outcomes. With that criteria in mind, one of the organisations the Gray family have supported is AIME (Australian Indigenous Mentoring Experience). AIME has a reputation for innovation, and has had significant success in raising the number of indigenous students finishing high school and entering university. “I was impressed by their CEO, Jack Manning-Bancroft, who had got an army of university kids together to be volunteer mentors. I thought he had a good business model, and I even went to see their auditors to go through their books. It became the first significant organisation that we funded.”

Bruce has three adult children: Andrew, Hanah, and Nathanial. They are a key reason behind Bruce’s active involvement with philanthropy. “I have children who have a far easier life than most, and I want them to understand that having wealth comes with social obligations. Society will benefit from the funding. My offspring will benefit by leading lives of love, caring, and sharing and from giving the money away.” All three Gray children have recently joined the Board of the family’s PAF, and Bruce’s wife, Julie-Anne, is also involved in the grantmaking decisions.

Another organisation the Gray family have supported passionately is the Women’s Community Shelters (WCS), which provides shelters and crisis accommodation for disadvantaged and vulnerable women and children escaping domestic violence and homelessness across NSW. Bruce got behind the WCS when it only had one shelter. “I was initially asked to go to a fundraising event, and I was overwhelmed by how many local volunteers they had. They also had an impressive CEO and a great business model. It seemed timely for us to donate, as the State government had decreased funding.”

Once they decide to invest in an organisation Bruce and his family like to stay engaged. “I was then able to help the WCS get the next shelter up and running, and I have also tried to advocate with government for them. My kids and I have also site visited WCS shelters several times to get a ‘hands on’ view of what is happening.” WCS now have four shelters across NSW and two more are in the planning stage.

The Gray family prefers to give a smaller number of large grants, and Bruce does thorough due diligence before committing. “There are thousands of causes with goodwill but many are driven by the heart not the head. I see most of our giving as a business proposition and we want to see a return on investment.”

The investments Bruce and his family have made are paying off, and the Gray Family Foundation will continue to support causes and organisations that make good business sense as well as make a difference. And Bruce will continue to look at that 50-year-old photo on his computer each morning, of the young doctor who wanted to help others, and be reminded that there’s still a great need out there, and plenty of work to be done.