Mangala Martinus established the Better Future Foundation, a private ancillary fund with APS, in 2012 as a way to better manage and grow his giving. At the time, he was setting up a consultancy business, and the foundation allowed him the flexibility to add money when this business was doing well and ensure he could continue to make a consistent but growing flow of funds available to charities. “This way I’m able to keep increasing how much I give, regardless of whether I have a good year or not, to give certainty to the organisations I’m supporting.” Once the APS Foundation was set up, he later moved the foundation’s funds to the Helping Hand giving fund to make its management more cost-effective and efficient. 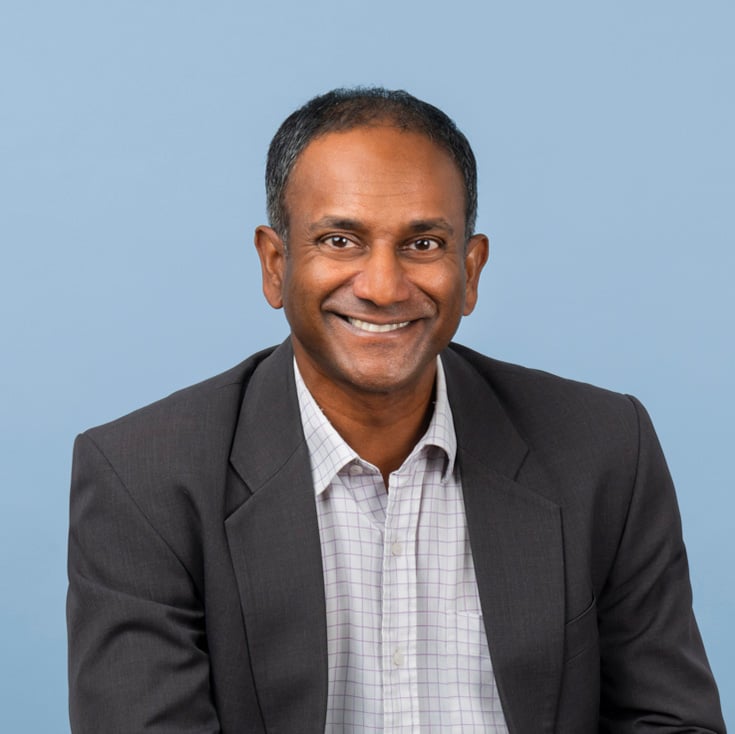 "[Structured giving allows me] to keep increasing how much I give, regardless of whether I have a good year or not, to give certainty to the organisations I’m supporting."

At the outset, Mangala’s approach was hands-off: “I just focused on making money to give it away,” he said. Over time, however, his approach has evolved. It began with a conversation with University of Technology Sydney’s (UTS) alumni relations team about Mangala’s interests. He mentioned wanting to do more to help the refugee community, and became a supporter of the UTS humanitarian scholarship program. It was the most significant financial commitment he’d made through Helping Hand.

During the second year of the scholarship, Mangala became involved as a mentor for entrepreneurs from refugee backgrounds who were looking to set up businesses. He found it immensely rewarding, and continues to mentor students from refugee backgrounds through UTS, as well as within a similar program at Deakin University run in partnership with the Crescent Foundation.

Alongside the mentoring program, Mangala began using his skills, experience and networks to support charities through his business. At first, he offered consulting services to charities free of charge. His company then developed a free pricing comparison service for small businesses accepting payments instore and online, where service providers make a referral payment directly to two charities chosen by Mangala; The Funding Network and The Life You Can Save.

Despite becoming more personally involved with his giving, Mangala believes the charities he supports are the experts in their cause areas. He is happy to fund based on their recommendations. For example, when UTS asked him to move his funds from the humanitarian scholarships to Indigenous scholarships where there was a funding gap, he was happy to do so.

With the larger charities, Mangala trusts their work and doesn’t feel he needs a personal relationship at all. “I just read their reports, and so long as I can see it’s in line with what I believe the impact should be, then that’s enough.”

He’s currently working with smaller charities in his local area as he enjoys getting to know the people, building a relationship with the CEO and helping where he can. Mangala recently provided funds to support a crowdfunding campaign for the Social Outfit and has committed to providing long-term funding to several other local charities. “I don’t need much of their time. I sit down with the CEO and say, what can I do to help?”

"I’ve found, using my network, I’ve been able to have a bigger impact than I ever thought I could."

While the relationship approach requires commitment, Mangala has seen the benefits to the charities he supports through introductions to other funders and experts who can build capacity and reduce costs for charities. He also uses his business to promote charity events, giving them access to an audience they wouldn’t usually reach.

Mangala is trying to inspire change by talking publicly about what he’s doing. He’s joined Pledge 1%, shares his journey at charity events and is vocal about the business’s charitable work within small business forums. Sometimes that means going outside his comfort zone, but if it makes a difference and encourages others to think about giving, it’s worth it.

“I’ve found, using my network, I’ve been able to have a bigger impact than I ever thought I could.”

To exceed, or not to exceed?

The 5 Ts in philanthropy

Need help to structure your giving? Our experienced team is ready to help.