How sub-funds are making giving easier

When Chris Cuffe AO founded Australian Philanthropic Services (APS) in 2010, he had one clear aim; help people to more easily give their money to charity. What started as a private ancillary fund (PAF) service coupled with grantmaking support, quickly broadened to offer a public ancillary fund (PuAF), allowing people to establish a named sub-fund in the APS Foundation.

Mark Lazberger, former head of State Street Global Advisors and chief executive of Colonial First State Global Asset Management, and his wife Anne had been discussing how they might get more organised with their approach to giving. They decided several years ago to go down the sub-fund route with the Australian Philanthropic Services (APS) Foundation.

‘There was a magazine supplement of the AFR which had an article and picture of Chris Cuffe, Belinda Hutchinson and David Gonski discussing APS and why they’d set APS up,’ Mark said on how he came about APS. ‘That article was timely and prompted me to call Chris and discuss in some more detail what APS does. Their services meant that we had no more excuses for not developing our own giving program.’ 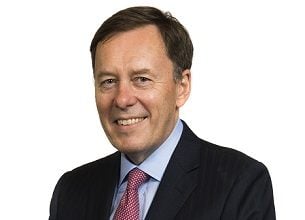 "If we hadn’t had the confidence in how the APS Foundation goes about making its investment decisions, we would have had to take a different path."

Establishing a sub-fund in a public ancillary fund is becoming an increasingly popular choice for people looking for an easy, fast and no-hassle way to structure their philanthropic giving.

To put some data around exactly what’s happening in this growing sub-fund sector, in 2019 Krystian Seibert of the Centre for Social Impact at Swinburne University conducted the first ever sub-fund survey in Australia. The results showed nearly 2,000 sub-funds in existence as at 30 June 2018, with total assets of $1.06 billion. ‘Donations into sub-funds in the 2017-18 financial year amounted to just under $123.5 million. Although we don’t yet have time-series data, there is a strong flow of donations into sub-funds for 2017-18,’ Krystian shared.

The structure of a sub-fund allows holders to make an initial donation to establish the sub-fund, for which they can opt to claim a tax deduction in full then, or have it spread over five years. Each year 4 per cent of the balance must be distributed on their recommendation to one or more of 20,000+ eligible charities. In the meantime, the sub-fund’s balance is professionally invested, with the gains accruing monthly.

For Mark, having Chris Cuffe AO with day-to-day responsibility for managing the investments of the APS Foundation, including engaging the services of external specialist fund managers, was important. ‘If we hadn’t had the confidence in how the APS Foundation goes about making its investment decisions, we would have had to take a different path. We make contributions to create a corpus and then periodically send recommendations to APS for donations. The website and the, always very helpful, APS team make it very easy for us.’

Although officially on sabbatical since standing down from his CEO role at CFSGAM, Mark has found himself busier than anticipated, saying ‘the connections and friendships that I’ve made over the years have seen requests for me to be involved in some new areas as well as provided me with the opportunity to meet for the first time quite a number of very high-quality people and businesses.’

Ever humble, Mark hopes that in the things he does next, he will work with people he likes, trusts and can learn from. About to start his sixth and final year on the Sydney Theatre Company board, he calls it both a genuine privilege and a very interesting experience, saying that ‘the strategic and day-to-day issues faced by a not-for-profit theatre company shouldn’t be underestimated.’ As campaign co-chair of the Zero Childhood Cancer campaign with Anne, Mark has also discovered that ‘writing a cheque to support a cause can be hard at times, but it is a whole lot easier than trying to get someone else to write their own cheque.’

Although establishing a bequest program is part of Mark and Anne’s longer-term thinking, providing financial support to the causes they believe in now, rather than waiting, has allowed them to see the progress being made. With the Zero Childhood Cancer campaign, for example, the funding for the program has drastically reduced the lead-times from getting new technologies from the lab to the child’s bed. ‘Already there are 200 children in the program. The goal is to finish the fundraising so that by mid-2020, 400 children will have participated and benefited.’

Philanthropic giving is definitely a Lazberger family affair, even involving the family’s golden retriever, Bella. Assessed as a Therapy Dog, Anne has taken Bella to work every Tuesday for the last nearly six years at the Royal Institute for Deaf and Blind Children located at North Rocks, where they visit four schools on the campus.

‘The children love Bella and look forward to her visits where she is very popular.’