How a passion for education fuels the Eales’ philanthropic giving

As a former Wallabies captain, John Eales AM is renowned for his leadership skills and his passion for rugby union. Lesser known, however, is his passion for education, a strong theme that runs through his philanthropic giving. It was no surprise then, to learn that John’s father was a high school principal, and so John learnt the value of a good education from a young age. “Education was a big focus in our home. Mum and Dad had six kids, and one wage, but worked hard to make sure we had the best education possible. There were no holidays, but education was seen as the best investment they could make.” 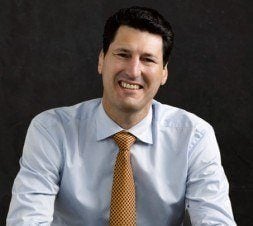 "It’s a practical option, and it’s a tangible way to organise our charitable giving.  It gave us a meaningful place for our giving to come together, and the money is locked away to give to the causes that are important to us."

John, and his wife Lara, were some of the first APS clients to build a sub-fund within the Australian Philanthropic Services (APS) Foundation. The APS Foundation is a public ancillary fund (PuAF), a communal philanthropic structure that allows holders to establish a named sub-fund. With similar benefits to a private ancillary fund (PAF), the investments of a PuAF sub-fund, however, are managed by APS, leaving the client to focus solely on their giving. “It’s a practical option, and it’s a tangible way to organise our charitable giving.  It gave us a meaningful place for our giving to come together, and the money is locked away to give to the causes that are important to us. We can grow it over time, so in the long-term it becomes self-sustainable. For example, I donate various director’s and speaking fees into the sub-fund.” John sits on a number of Boards, including Flight Centre Travel Group and Magellan Financial Group. “And the great thing is it keeps administration costs low and it’s leveraging off infrastructure that’s already in place [the APS Foundation]. So, we’re not reinventing the wheel.”

With education top priority for their giving, John and Lara are active supporters of their children’s schools, and the school communities. “It’s a good way to get involved in the school community. Education and the schools are central to our lives and to our kids’ lives.” John and Lara have four children, three girls and one boy. “At both schools we’ve contributed to the building funds as well as to scholarship funds.”

John’s parents also lived their values around supporting their local community. “They were both active within the local church, and always felt that you have a responsibility to give back to the community you’re involved with. That often meant giving through service, not just money.” John is living out those values today, and his commitment to supporting educational organisations also extends to lending his time and leadership skills to programs helping disadvantaged students. “Education causes barriers to drop, and creates a level playing field.”

John is currently a patron of the Champagnat Trust, supporting bursaries at his old school, Marist College Ashgrove, in Brisbane. He is also an ambassador of the Australian Indigenous Education Foundation (AIEF), for which he is a passionate advocate. AIEF provides scholarships for Indigenous students, and a pathways program to assist university graduates with transition to work.

“The AIEF has had incredible results since it was established by Andrew Penfold in 2004. They’ve supported more than 900 students to attend boarding schools across Australia. And they’ve raised over $100 million dollars in that time, with a great matched funding program, where corporates match every dollar from government. So you get that amplified giving.”

As an ambassador John attends fundraising events and helps connect the organisation to potential new supporters. Last year AIEF scholarship students achieved a Yr 12 retention rate of 94%, compared with the national rate for Indigenous students of 62.4%.

Recently John has extended his support of his daughters’ school, Loreto Kirribilli, in Sydney, as head of the fundraising committee, where he will be leading the campaign to raise money for significant capital works. “As parents of current students, I see part of our responsibility is to the future students and their families. That’s what the families who came before us did. I also think girls’ schools get the raw end when it comes to fundraising. There seems to be an unconscious bias that favours boys’ schools. Girls don’t seem to have that natural connection back to their school that boys have, and I think this is a great opportunity to reach out to past Loreto students and build those genuine connections.”

One cause that is very close to John’s heart is melanoma research. John’s father died at the age of 66 from advanced melanoma that had spread to his brain. John is now a proud ambassador of The Melanoma Institute.

Inspiring others to give is important to John, and he is aware of the opportunity that sharing his philanthropic story offers. “Speaking about your own giving feels unnatural and uncomfortable, but when people see other people give, it makes them want to give too. So talking about it, and about these not-for-profit organisations, hopefully gives Lara and I the opportunity to amplify the impact of the work that they do.”