APS client Francesca Beddie generously shares her experience of establishing a giving fund with the APS Foundation and her longer-than-anticipated journey to creating a scholarship to honour her parents.

“When I had the idea of creating a legacy of my mother, we were still sorting through all the paperwork entailed after a death. I mentioned to my lawyer I was thinking of setting up a prize. Quick as a flash, he suggested I get in touch with Australian Philanthropic Services (APS). I did and was impressed. I set up a sub-fund and called it the Beddie Prize, thinking I’d be funding a prize for an essay about Australia in the world. That, I thought would honour both my parents: my mother, who once she settled in Australia, hardly travelled out again but always had a cosmopolitan eye on politics, art, theatre and books; and my father, a student and teacher of world affairs all his life. 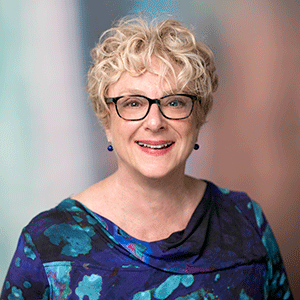 "When I had the idea of creating a legacy of my mother, we were still sorting through all the paperwork entailed after a death. I mentioned to my lawyer I was thinking of setting up a prize. Quick as a flash, he suggested I get in touch with APS. I did and was impressed."

A few months later, I attended a briefing at the APS offices in Sydney. Over a glass of wine after the formal session, another donor warned me that shaping my project would take more turns than I’d anticipated! How right she was!

First, I realised I needed to refine my idea to make it manageable, otherwise who knows how many essays we might receive and how much of the funds or people’s goodwill would be gobbled up in administering the prize. And how, I started to ask myself, would it make a difference in a world of information overload.

It wasn’t difficult to narrow the focus to refugees. Swirling around in all those words is plenty about refugees, quite a lot about their plight and much that misrepresents these people, calling them illegals and suggesting they are really queue-jumping economic migrants. Such a skewed picture upset my mother’s sense of justice and contradicted her own experience of being forced to flee her home. War meant she had to leave three childhood homes: Tientsin, Jersey and Melbourne. She returned to Australia in the mid-1950s and lived in Canberra for the rest of her life. It would also, had he been around to hear it, have infuriated my father, who understood and championed the international rule of law. 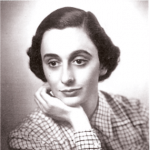 We need to be exposed to more facts about refugees and to a much more diverse range of stories about their experiences, including once they do find refuge. So, what about a prize for refugee storytelling, I thought? I floated the idea with my erstwhile colleague in the Department of Foreign Affairs and Trade, Naomi Steer, the founding National Director of Australia for UNHCR. She was encouraging and more. She offered to match the funds I was putting up. This added ballast and prestige to the award.  And she asked her development manager, Elizabeth Grady, to work with me.

Elizabeth and I met after the June 2018 World Refugee Day breakfast. We had a coffee surrounded by the noise of Westfield shoppers. By then, my thinking had switched a bit. Was the written word the right medium? Weren’t some of the most powerful stories conveyed on film? And wasn’t the camera now a tool in most people’s hands? Or, what about the stage? My mother was a lifelong devotee of theatre. On one of her rare forays overseas, we were in London for a month or so, while my father was on sabbatical leave. I was 15, my sister 13. Some days the three of us would go not to one but two plays, watching high up in the gods where tickets were cheap enough to allow such a feast.  Elizabeth grasped my purpose; we pursued some possibilities but they came to nought.

The months were passing by and it was back to taws. I sought the advice of another person involved in refugee matters, Melanie Morrison, Communications Manager at the Public Education Foundation (PEF). Melanie is a ball of energy and was keen to help. Elizabeth, she and I bounced ideas around, trying to refine the concept and see what might work. Melanie also recruited me to sit on a selection panel for the Friends of Zainab Tertiary scholarship for refugee students. What an eyeopener: so much resilience and so much need!

Coincidentally, the Australian Film, Television and Radio School (AFTRS) had been in touch with the Public Education Foundation to explore how they might work together to expand the diversity of AFTRS’ student cohort. So began a series of discussions, which culminated — thanks to a meeting of minds and goals — in a storytelling scholarship for a refugee to undertake a bachelor’s degree at Australia’s premier screen arts and broadcast school, combined with an internship at Australia for UNHCR. The internship will be important as a way to introduce the student into a professional network and provide some additional social support. Further, thanks to the third pillar of the partnership, the PEF, we have a mechanism to reach prospective applicants and to manage the application process.

It’s three years since my mother died, one year since that coffee with Elizabeth, but the time taken and the relationships forged have been worth the effort. The result shows the power of alliances to elevate a modest idea into something significant not only in monetary terms but also in terms of the breadth of the channels we now have to spread the message that stories count.”